The Epigraphic Database Heidelberg contains the texts of ca. 77.000 Latin and bilingual (i.e. Latin-Greek) inscriptions of the Roman Empire, many of them dated either by Roman calendar system and consular dating or by Roman Emperor titulature.

For GODOT a first batch of more than 1.500 inscriptions have been annotated with GODOT URIS for Roman consular datings.

For this all Latin transcriptions have been searched for the string "consulibus" which denotes a Roman consular dating (usually two Roman officials): "When X and Y have been Consuls...". This resulted in ca. 2.000 hits, which were then upload into a Google Spreadsheet. 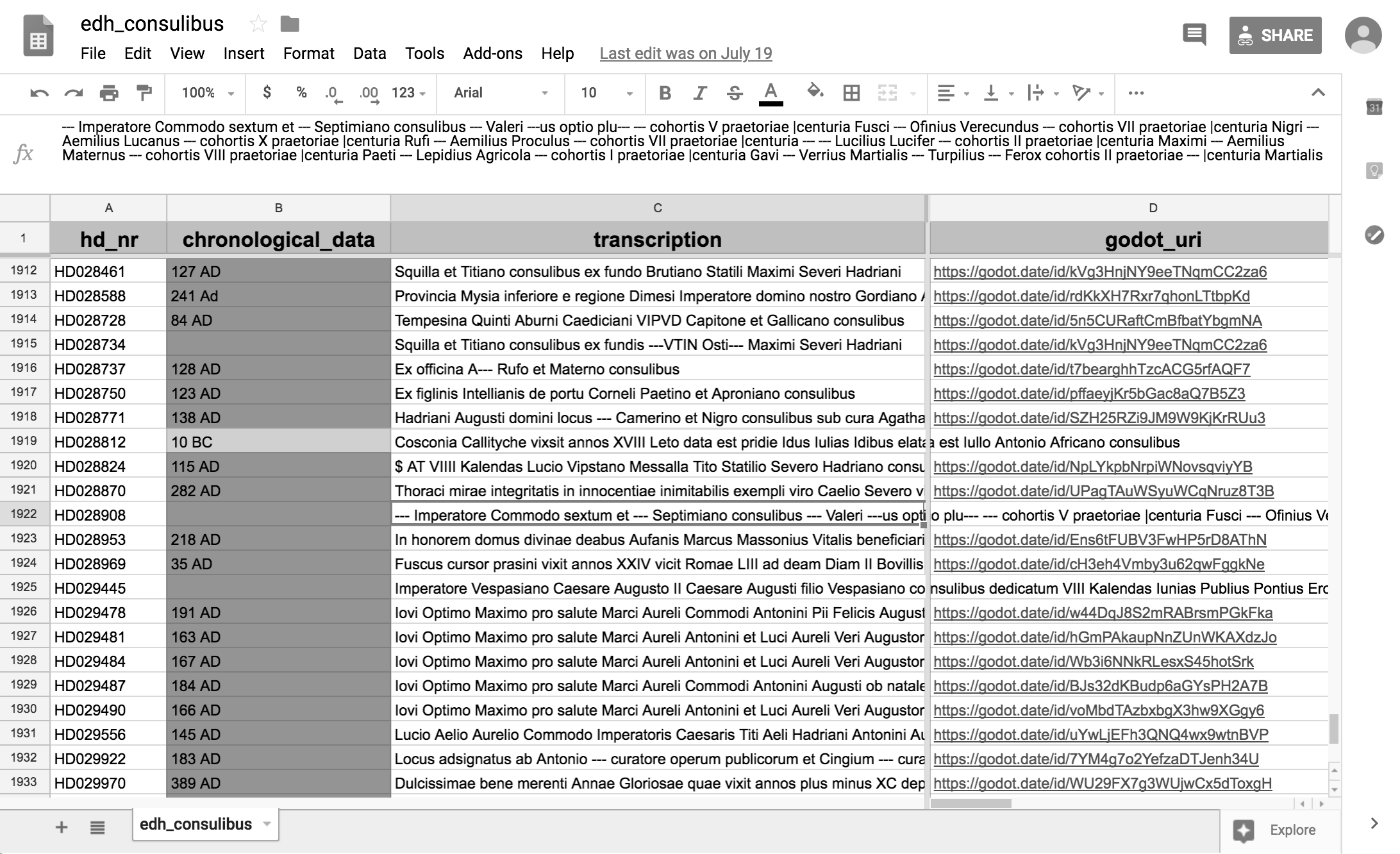 Using the Search for Roman Consulate tool on the GODOT website, GODOT URIs have been assigned to records, excluding some instances where the consuls' names have not been preserved completely enough to make a decision about the consulate. In total ca. 80 percent of all records now have a GODOT URI.

These GODOT URIs in the next step have been imported into the Epigraphic Database Heidelberg search index, and a webpage created on which users can browse through Latin inscriptions by ancient Roman consulates, grouped by century: 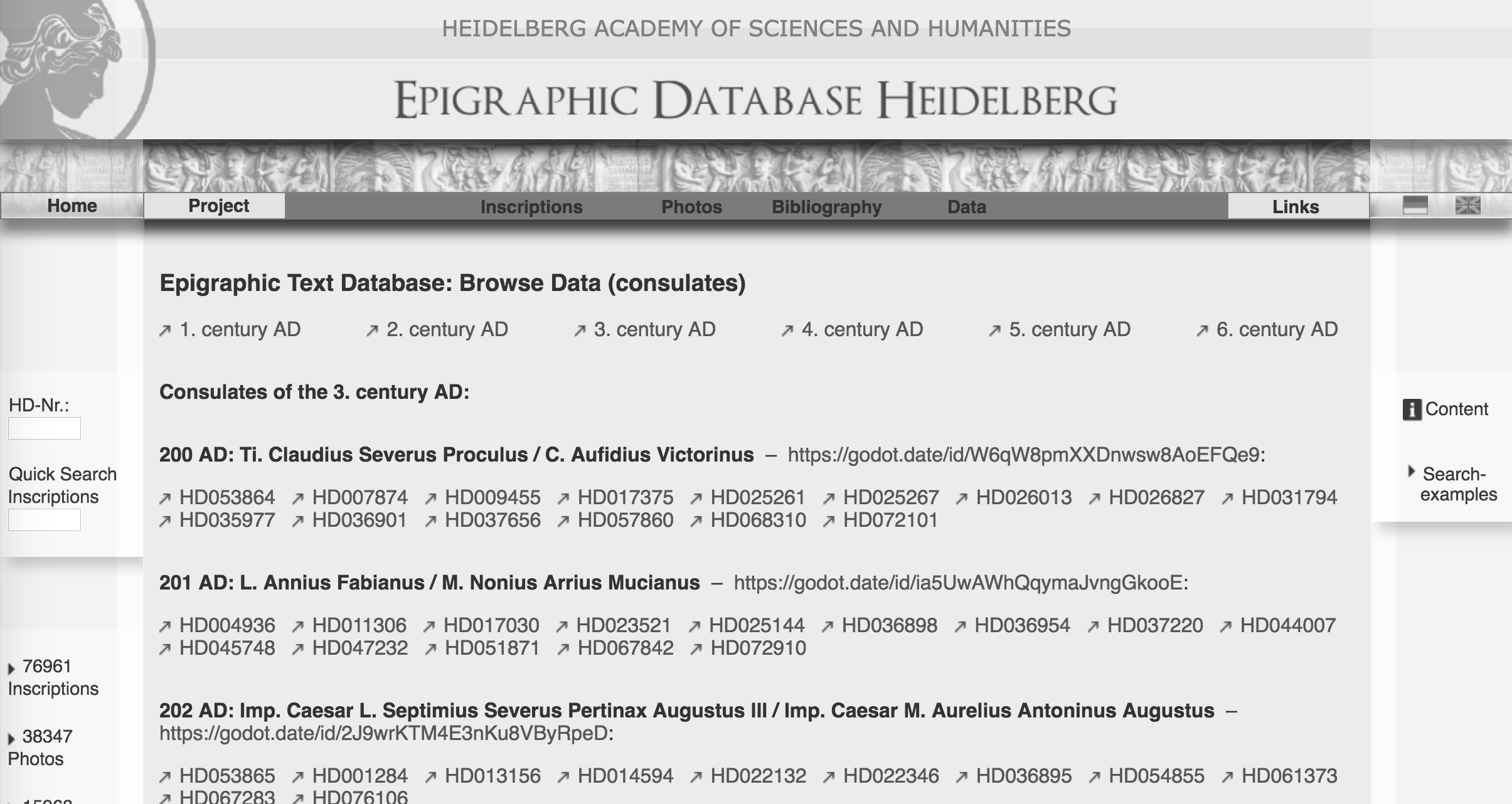 Excluded for the time being are consulates mentioned as part of the Roman emperor's titulature (usually "consul" in Latin transcription, often followed by a number).

Data has been created by Dr. F. Grieshaber and processed and imported in September 2018.